Drug addiction is a complex disease affecting many Americans into a difficult cycle of recovery and relapse. Drug addiction is not only limited to illegal drugs, but also nicotine and other licit substances. It is important to recognize the process of interaction between drugs and the brain. Upon use of a drug, chemicals in the brain increase causing a state of pleasure. These first initial interactions and exposures with drugs can be identified as drug abuse. At this point, individuals use drugs for unhealthy reasons and then continue their normal routine. Repeated use of drugs will lead a person to reach a tolerance and then need to increase doses as the brain requests the feeling of that first “high.” Therefore, drug abuse turns into addiction when individuals continuously take the drug, no matter the outcome or consequence, triggering the mind to want more and more.


Home life : Not only are individuals raised in a home with authority figures suffering from addiction at risk, but also those who did not experience authority in their youth. It is important for children to experience structure and nurture in their homes.
Availability : The presence of drugs in specific communities and schools can increase the risk of addiction. With an increase in availability, more opportunities to experiment with drugs will occur.
Peer pressure : Parties, social gatherings, and being surrounded by untrustworthy “friends” can increase risk of not only being exposed to drugs, but also to the cycle of addiction. Just think how often trying a drug at a party to feel “included” has led to individuals struggling with addiction for the rest of his/her life.
Genetics : As we recognized certain authoritative influence with drug addiction, genetic predisposition does play a role increasing the risk of addiction.
Type : Certain types of drugs can be more addictive than others. Also, different uses of drugs can increase risk. Using drugs that give a quick “high” can cause more frequent use leading to a dangerous and continuous cycle of addiction.

Just because one or more of these risks factors may apply to you and your life does not mean you cannot prevent or overcome the addiction cycle. You can start by making changes right now that can positively impact the rest of your life. 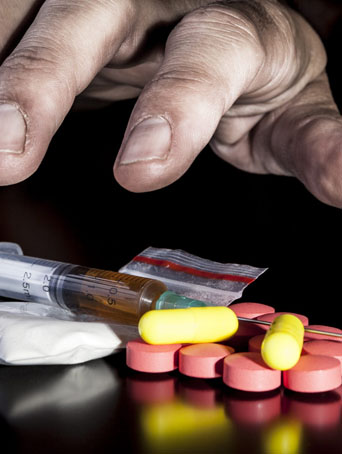 The Effects Of Drug Addiction


Different effects occur with drug addiction depending on the type of drug, usage, frequency used and physical characteristics of the user. Drug addiction will have both short-term and long-term effects on a person’s health. After using drugs, a person’s behavior and attitude will change creating difficulties at work, home, and in social settings. The ability to go to bed at night, wake up on time for work, and think sharply can all affect many aspects of a person’s new or lifelong career, reputation, and motivation. The risk for making mistakes and engaging in dangerous activities is higher due to drug addiction. The risk of contracting infectious diseases increases with drug use. More long-term use of drugs can result in chronic health difficulties such as organ failure, cancer, tooth decay, and risk for overdose. 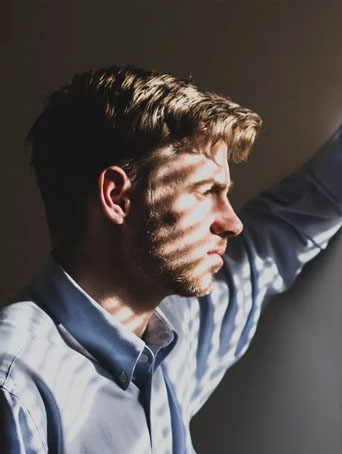 
The word “drug” is a broad term, but why would it be important to focus on identifying the type of drug abused? The type of drug is important to help determine the risk of addiction, associated symptoms, and health risks it poses. Three popular drug categories to discuss are opioids, stimulants and cannabinoids.

Opioids have become a significant contributor to the drug addiction problem today. These drugs are commonly known to alleviate pain, but also give the user a euphoric experience, leading to misuse. Common opioids introduced to many through prescription use are oxycodone, fentanyl, vicodin, codeine, morphine and hydrocodone. Short-term use under a doctor’s prescription is usually proven safe, but misusing these drugs can lead to a difficult battle of addiction and, unfortunately, numerous cases of overdose. With 130 million Americans dying of overdose daily, many efforts are being discussed in mainstream media to tackle this issue.
Heroin, an illegal drug identified as an opioid, has a quick response allowing immediate feelings of euphoria. This drug is extremely addictive and can quickly overtake a user’s daily life. The withdrawal symptoms are severe. Long-term use of opioids, whether illegal or by prescription, has caused Americans to be dependent on this type of drug. Addiction, overdose, and the loss of loved ones are often the result of long-term use of this powerful drug.

Stimulants another category of drugs seen in America today, are also called “uppers.” After taking, chemicals in the brain are increased and the user feels very alert. Illegal stimulants, cocaine and methamphetamine, are highly addictive drugs commonly abused in “binges.” Irregularities in heart rate, blood pressure, and breathing patterns are some of the short-term affects of these drugs. Potential exposure to infectious diseases such as HIV and Hepatitis C with drug abuse can lead to long-term difficulties as well. Common stimulants often introduced by prescription are known as Ritalin, Cylert, and Adderall. Created to treat ADHD (attention-deficit hyperactivity disorder) and narcolepsy, these prescription drugs also cause the user to feel more alert and productive. Misuse of prescription stimulants through crushing, dissolving in water, or injection has occurred leading to addiction and overdose cases. In 2018, within only one short month, 1.7 million people misused prescription stimulants. Behavioral therapies are available to stop this misuse and prevent further substance abuse disorders in America today.

Cannabinoids The most commonly used unlawful drug in the United States is marijuana. Now seen under prescription in many States, this drug has significant short-term and long-term effects on the brain. Short-term use has shown mood swings, discoordination, memory difficulties, and changes in senses. Long-term use in adolescents has shown decreases in IQ, while other long-term effects have led to mental illness such as depression, anxiety and suicidal ideations. In 2018, within one month, 27.7 million cases of marijuana use were reported.

The road to recovery is different for every individual, but there are multiple treatment options available to suit your needs and specific condition. Different kinds of behavioral therapies exist and some individuals require medication assistance along the way. Focusing on the root of the addiction, conquering the urge to relapse, and allowing individuals to resume a more stable home, social, and professional life is the goal of many therapies. Other health conditions due to drug addiction are addressed and any long-term treatments will be discussed. If you or any family member is suffering from drug addiction we want to help begin the road to recovery today.